site map In spite of a bad weather forecast (we were ready to battle with the elements !) we were extremely lucky with the weather: it occasionally rained during the night but it was fine by the morning and during the day - we had a small shower on the way to Azincourt which lasted about 5 minutes and was not enough to put our hoods up.
So the rain stayed away for the duration, absolutely no need for Holts Dampstart!
The group consisted of 15 people plus several guests at different venues.
Everyone seems to have enjoyed the scenery, good food, the wines, the visits and the varied activities.
Laughter was the order of the day !
NB Grateful thanks to Gilbert Lefin for all [email protected] images displayed here 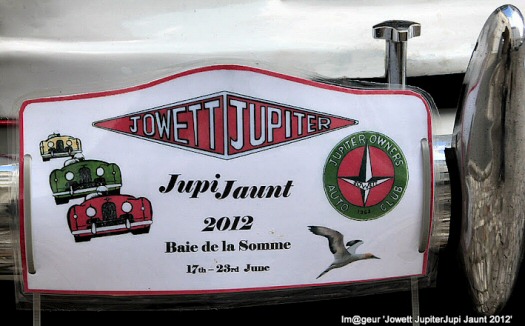 Saturday 16th June, the Mumbys and the Nankivells drove their Jupiters to le Touquet
Sunday morning of the 17th,
for the very well-attended monthly classic car gathering at Le Touquet Palais des Congres.
The Jupiters were much admired and caused quite a stir!
i

Below: Pat Lockyer (centre) shares a joke with the Kennedys. 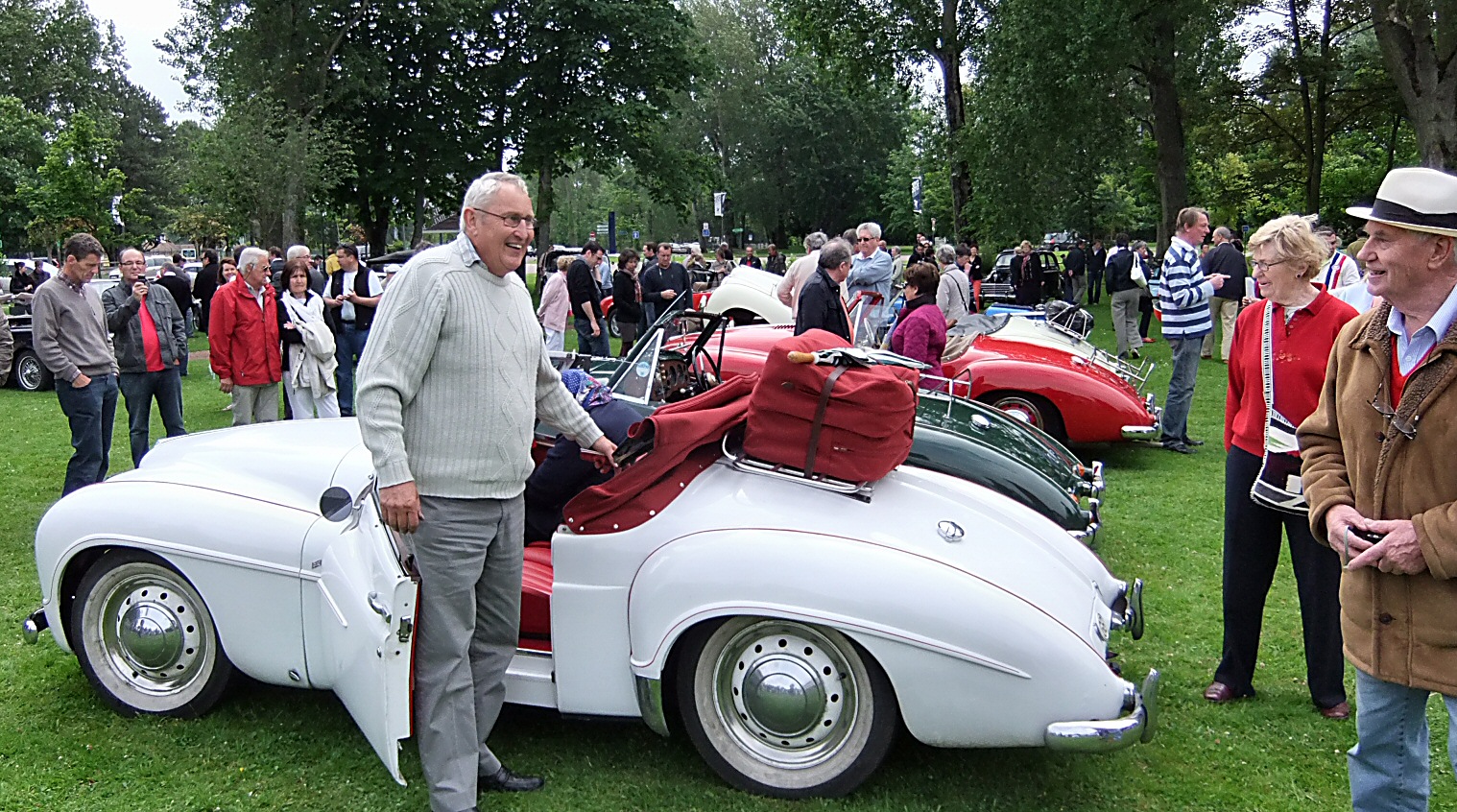 Below: Monday 18th  at the Mine Museum at Lewarde
a


Night has fallen in Arras. Starlit sky promised sunshine for the morrow 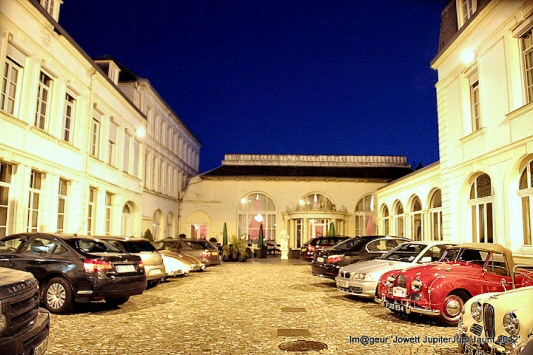 Tuesday 19th -  Relaxing lunch stop on the way to Baie de Somme The Gardens of Valloires provided us with scrumptious food artistically presented, eaten out-doors! All vegetables and herbs are grown on site. v

Mid afternoon on Tuesday: we arrive at our St Valery sur Somme hotel for two nights 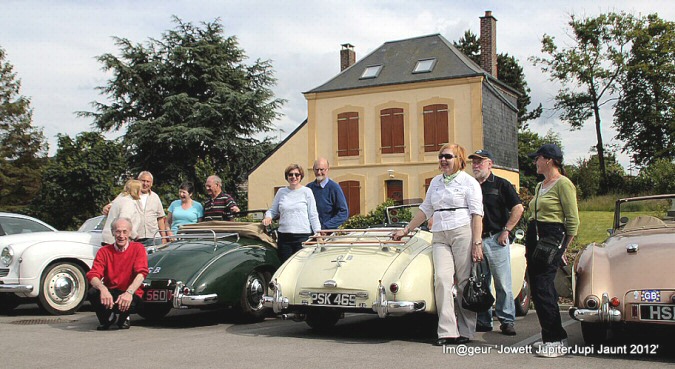 On Wednesday 20th June, we took the steam train around the Baie de Somme and back
From our hotel to the starting point was a short very scenic stroll i
The train arrives, and the steam engine is turned on the turntable. We climb aboard. The views of the bay are wonderful
i

i
Steam locomotive changing ends whilst we all watched. 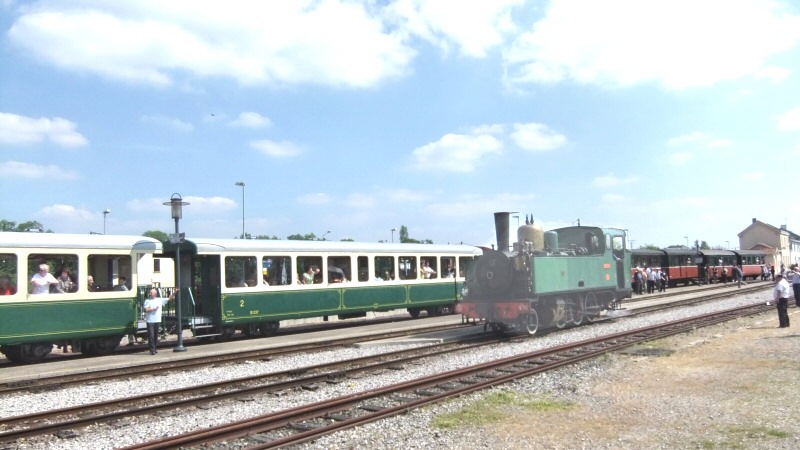 We had a really good evening meal in a good restaurant in the town.
On the morning of Thursday 21st we relocated 2 miles to the out-of-town Hotel du Cap Hornu, close to the bay.
We then went cycling! Below: we cycled to Cap Hourdel and treated ourselves to an excellent meal,
after which some of us pushed further on amongst the sand dunes


On the way back to the Cap Hornu hotel.   Below left: Edmund and Ghislaine Nankivell             Below right: Ghislaine
and David Kennedy

It is  a pleasant 2-mile stroll from the Hotel Cap Hornu to this hill-top chapel with excellent views over the bay.
The original chapel is where St Valery was buried in 622. The present chapel is an 1878 rebuild.
In stormy weather, sailors wives would gather there to watch out for their menfolk
i


On Friday 22nd we relocated to an hotel in Hardelot-Plage for our farewell evening. But the journey offered choices: some of us went directly, about 45-50miles north, others went via Azincourt (40 miles from Cap Hornu) where there was an excellent visitor centre covering the battle of 1415, its causes and aftermath. The politics are complex, for although defeat hit France hard and started a new period in the 100-years war, firstly the victor the English king Henry V married the French king's daughter and, second, his son the future Henry VI was made heir to the French throne although he never took this up. 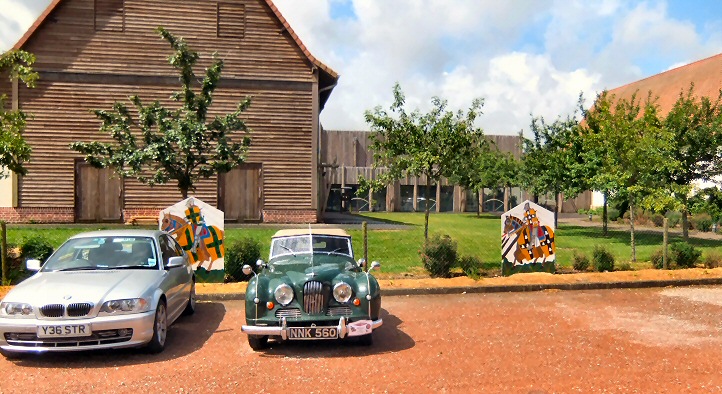 For some, we then pressed on a further 19 miles to the Randorail at Nielles-les-Blequin.

This was on a disused rail line, and we used little pedalled vehicles that each took
two pedallers and two passengers. Highly scenic and great fun! 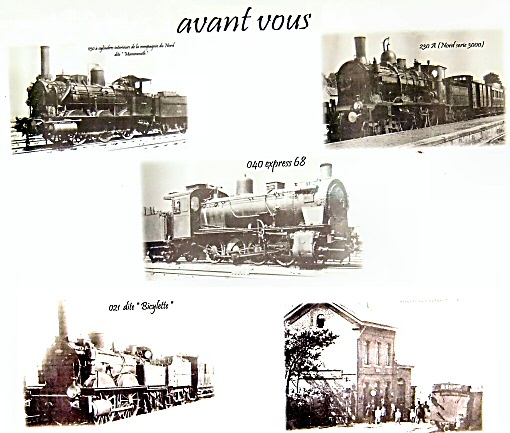 It was then a mere 24 miles to our final hotel.


Left: Friday at the Hotel du Parc, Hardelot-Plage.            Right: The Saturday departure. The Kennedys are off to the Suisse Normande before returning home. 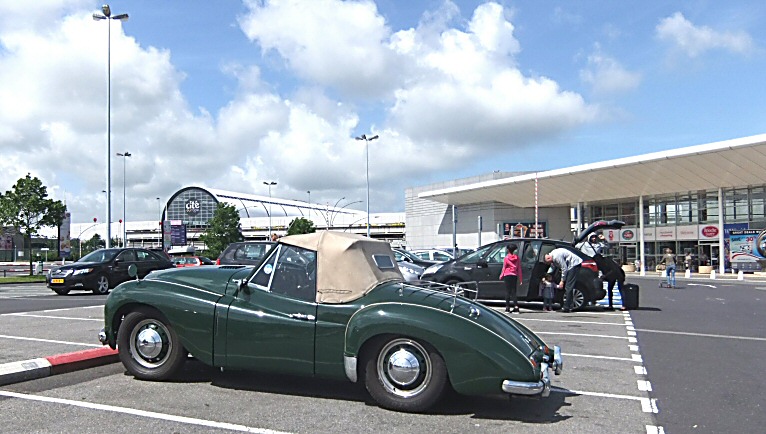 On Saturday 23rd Full circle, here we are again at the Shuttle terminal before the off.
Sun still shining as so often on our Jupi-Jaunt!
All over until the next one... 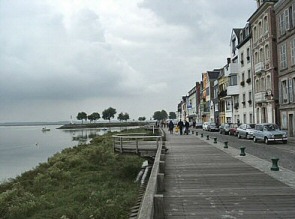 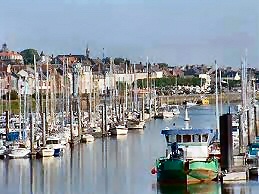 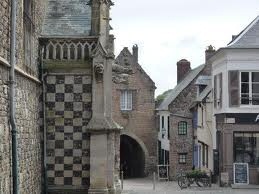 Here are some other pages: