This was for the Nankivells and their Jowett Jupiter to take part in the second Hyeres retrospective of vehicules et moto de collection.

HISTORY - A 12-hour endurance race had taken place in the streets of the Mediterranean town of Hyeres over the years 1951 to 1955. In 1952 a Jupiter ran although the outcome is not known.

In the year 2001 on the weekend 26/27 May 76 sporting cars of all types and 16 motorcycles gathered for two days of jollifications.

The Nankivells and their Jupiter took the Autorail from Lille to Nice and drove the 90-odd miles in sweltering heat down to Hyeres. It surprised Edmund to discover that for part of the journey the cars on the Autorail were travelling backwards. This meant that the dead insects were on the reflective surfaces of the wing mirrors, and on the inside of the windscreen.

This photo shows the Nankivell Jupiter on the Autorail car carrier 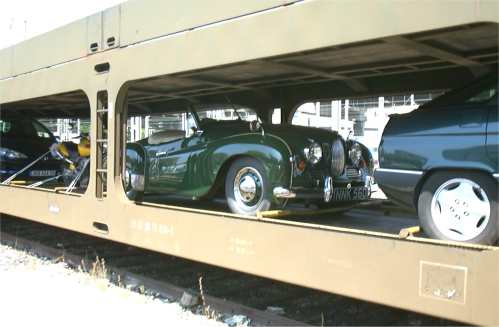 Below. Ghislaine Nankivell is eating a typically delicious Flemish meal (Flammkuchen) at Lille whilst waiting to board the sleeper
that runs at the same time as the Autorail. 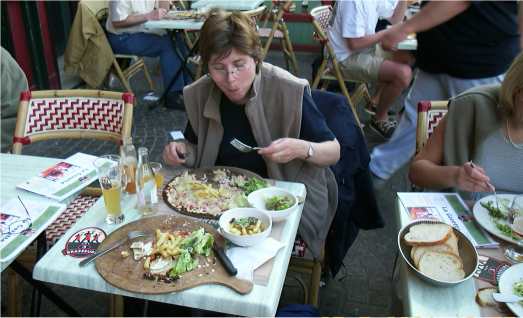 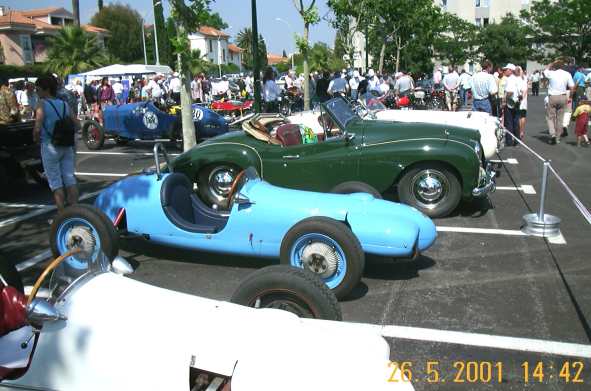 Above. The light blue car in front of the Nankivell's green Jowett Jupiter is a DB.

The dark blue car at the back wearing 20 is one of the Amilcars. This was in the group for cyclecars (as well as 3 Amilcars, there was a  27 and a 28 BNC, a 21 Salmson, etc) and another group, for single seaters, included such cars as the several DB/Panhards, a Jordan Renault, and a well-engineered Keift-Honda driven by a man aged 87!

The motorcycles included several British machines (four Nortons including a Manx, an Enfield, a Black Shadow, an Ariel) as well as the expected Italian and French machines one of which was of 1914 vintage and belt driven.

On the Saturday there were two scenic runs of about 30km, taking in a chateau or two. A very good meal was provided on Saturday evening whilst on Sunday the hairy bit began because a short street circuit had laid out. We were all told strictly no racing, no timing, no speed awards. There were three bouts of circulating for all the categories in turn. Several cars in each category DID race, and when one remembers that the cars are between 45 and 80 years old and the drivers likewise or even older in some instances, with the vehicles maintained by amateurs with no checks at all on the skill or thoroughness of preparation, or even whether the drivers had valid driving licences...or could see...wow!!

There were no safety precautions, no fire marshals (and one car did catch fire but not seriously)...

So the Nankivells dipped out after driving two of the bouts of a few more laps. 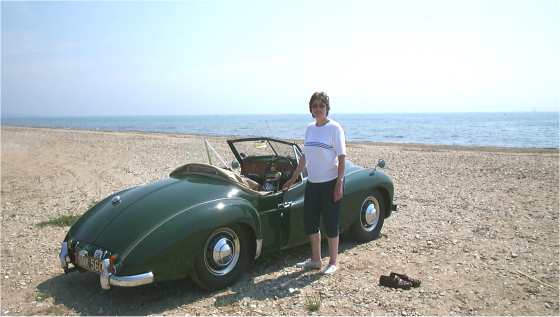 It was hot and we mean hot - 35 degrees!! So Edmund Nankivell decided to take a dip in the Mediterranean... 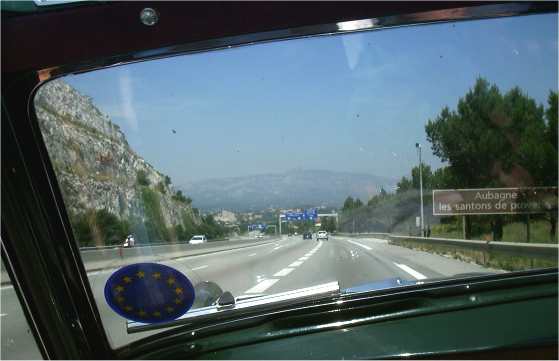 Above. On the way to Avignon to pick up the Autorail to back Calais. The Autorail was fine - we were allowed to drive the Jupiter on and off and on the basis of this one trip it can be recommended. Do book early, though, and Edmund suggests you go for the Wagon Lits not the couchettes. 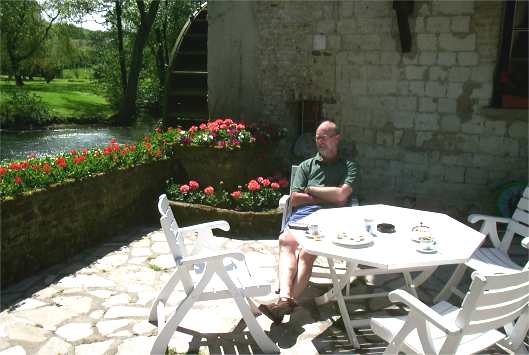 Above. Enjoying a coffee at Le Moulin de Mombreux near St Omer before (below) boarding the Eurotunnel shuttle at Coquelles for the final part of the Nankivell / Jupiter journey home to Sussex, England. 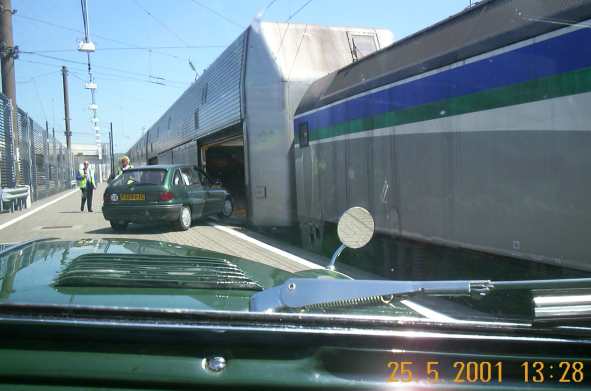